What Wage Loss Benefits Are Available? 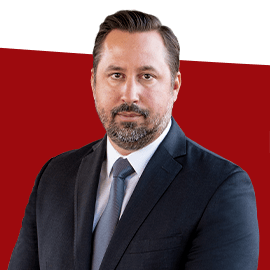 Temporary partial disability (TPD) is a wage-loss benefit payable to employees who are back to work but earning less than their pre-injury average weekly wage. It is payable at two-thirds of the difference between what the employee earned at the time of the injury and the current earnings. The benefits are payable only if the employee is employed. Be careful not to confuse “not being employed” with “being employed, but on vacation.” If an employee who is collecting TPD takes one week of vacation, the employee is still employed and TPD should be paid for that week at an average weekly rate. TPD benefits can be paid concurrently with permanent partial disability (PPD). PPD is discussed in more detail later in this section.

During the years, the laws may have included limitations on the duration of TPD benefits. It is important to remember that the date of injury controls, so limitations — if any — in effect on the date of the injury affect the length of payment of TPD.

For injuries occurring on or after Oct. 1, 1992, TPD is limited to 225 weeks of paid benefits or 450 weeks after the date of injury, whichever occurs first. All periods of TPD for that date of injury are counted toward these limitations, except benefits paid during an approved training plan.

Calculation of the rate

As stated above, the TPD rate is two-thirds of the difference between the employee’s average weekly wage at the time of the injury and the current earnings. The benefits are subject to the maximum compensation rate for TTD, but not the minimum. In rare situations, an employee’s TPD rate would be reduced if their current wage plus their current TPD rate exceeds 500 percent of the statewide average weekly wage.

For example, an employee earning $500 a week at the time of the injury is now earning $200 a week. The wage loss is $300 a week and the unadjusted TPD is two-thirds of that, or $200 a week. The $200 is multiplied by any annual adjustments that would apply.

Benefits are due within 10 days of when the employee or employer sends wage verification.

Permanent total disability (PTD) is payable to employees who are never able to return to gainful employment. The PTD rate is usually calculated using the same method as TTD and is subject to the maximum rate as TTD but not the same minimum rate. In addition, if an employee was a part-time worker, the compensation is computed based upon a normal work week for that occupation.

Your employer or insurer must provide you with a written notice of its intention to suspend or discontinue benefits and file a copy of the notice with the department. The notice must indicate the proposed date of discontinuance and clearly indicate the reason, with all documentation of supporting facts attached.

If you object to the proposed discontinuance, you should contact one of the workers compensation attorneys at Heimerl & Lammers immediately. You can request a conference (this must be done within 12 days) or start and objection procedure. Benefits usually must be paid through the date of the conference. There are other options if the 12 deadline is missed, but these other options will take more time.

Being injured is serious. After you have sustained an injury, the world can seem like a scary place. Your boss may be pressuring you or threatening to retaliate. The aching pain makes it hard to operate how you usually do. You do not always know which way to turn, or how to get help.

That is where we step in. 612 Injured has a team of workers compensation attorneys who are second to none. We are with you at every point. Your case is personal to us. We give you big-firm resources that can give you small-firm attention.

When it comes to workers compensation, you will not find a law firm that is as dedicated, reliable, and devoted as we are. Other law firms will treat you like a number. With us, you are not Case #7489. You are you, with your own wants, desires, and needs.

Call us today. The earlier you get started, the easier it will be.

Temporary total disability (TTD) benefits are paid during the period an injured employee is totally unable to work due to the effects of the work-related injury the weekly compensation rate is generally two-thirds of an employee’s average weekly wage at the time of injury, subject to statutory minimums and maximums. TTD benefits cannot be paid concurrently with permanent partial disability (PPD) benefits. See discussion on PPD.

Benefits are typically paid based on a five-day work week with each day considered to be 0.2 weeks of compensation. Occasionally, an employee may work a different number of days a week, such as four, six or seven. In these situations, each day of TTD is computed by multiplying the weekly TTD rate by the fraction (or decimal equivalent) each day of work represents.

Calculation of the rate for regularly scheduled workers

If an employee has more than one employer on the date of injury, wages from all employers must be included when determining the employee’s average weekly wage.

Earnings in addition to salary, such as declared tips, the value of room and board, etc., may be considered as part of the employee’s wages, and if so, should be calculated as part of the average weekly wage.

Note:  An employee is only entitled to receive TTD if there is a loss of wages from all jobs. If an employee with multiple employers is only disabled from one job, TTD is not payable. Instead, temporary partial disability (TPD) would be payable. See discussion on TPD.

Other than regularly scheduled workers

For part-time or irregularly scheduled employees, compute the average weekly wage based on the employee’s earnings during the past 26 weeks prior to the injury. Include in the earnings any vacation or holiday pay the employee received during that period. (Generally, this does not include lump-sum payouts of previously accrued vacation.) Here are the steps to take:

For example, if an employee earns an average of $55 a day and works two days a week, the average weekly wage is $110. This is the amount used to calculate the TTD rate.

Remember, when doing these calculations; only include the number of weeks in which the employee actually performed the duties of the job or weeks of paid vacation or holidays.

For example, if an employee worked 20 of the prior 26 weeks, the total days worked are divided into 20 weeks, not 26 weeks.

Generally, when the injury occurs during the middle of a work week, it is either not included in these computations or counted as a partial week under step 2 above.

For workers whose hours are affected by seasonal conditions, such as those in the mining, construction or other industries, the average weekly wage is never less than five times the daily wage as calculated above.

While many voluntary uncompensated employees are not covered by workers’ compensation laws, for those that are covered, their average weekly wage is based on the usual wage for paid employees performing similar services. 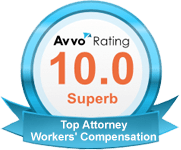 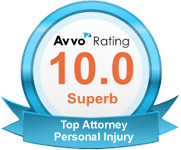 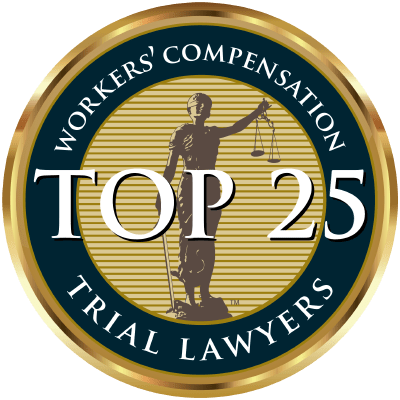 Our attorneys work on a contingent basis. This means that we will not charge you a fee unless we win either at trial or through settlement.

The percentage we charge will depend on the difficulty of your case, and the amount of time and money we estimate it will take to get you the most recovery for your damages.

Our Commitment to
Service

Our attorneys and staff will make sure that your concerns are addressed as soon as possible.  We know that legal issues can be stressful and anxiety producing.  We will do our best to work on your behalf towards a solution.

We aren’t here just to bill hours or cause unneeded disputes.  We are here to serve you to get results. At all times we use our expertise and creativity to get the absolute best resolution to your legal issues.

Being Available to Meet You in Person

If you want to speak to your lawyer face-to-face, we have several Twin Cities office locations convenient for you.